5 Major Advantages of Being an Android App Developer!

Here are 5 Advantages of Being an Android App Developer.

The Android Software Development Kit (SDK) is free; there are no licensing costs or royalties to pay. Open source also means open dialogue – there is a large community of Android app developers with which to share ideas and test best practices. Because nothing is proprietary, there’s no incentive to protect a “secret sauce” and a general willingness exists for everyone to work together to continually improve the Android development platform.

As an open source platform, Android significantly reduces development costs. You do have to pay a one-time registration fee for app distribution but that gets you access to more than two billion monthly active Android devices. Plus, since Android is designed to run on a variety of mobile devices, especially lower cost ones, you gain entry to a larger global market.

About 90 percent of all smartphones sold throughout the world are Android-based devices. So, for relatively low investment in a simplified development process, you get a potentially higher return on investment (ROI). 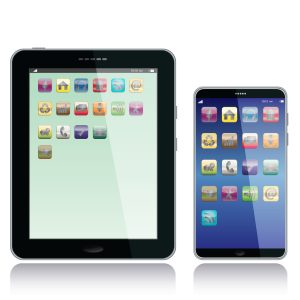 Android is written in the popular Java programming language that offers a rich set of libraries. Anyone already familiar with Java can become an Android app developer. That said, you can use other programming tools such as Kotlin or Python.

Android apps are distributed through the Google Play Store. That’s huge right there, for obvious reasons, not the least of which is being associated with Google. Another advantage is that, unlike iOS apps, the publishing process is more streamlined. It’s as easy as submitting the app for publishing; the app is then posted shortly thereafter.

Additionally, you don’t need to program for a mandatory iTunes interface and or account for the iOS requirement that downloaded movies can only be played on Apple devices.

However, you’re not limited to the Google Play Store. You can also distribute through a variety of third-party app marketplaces; you can even set up a store on your own website. With multiple sales channels, you increase your revenue potential.

Android is easy to customize and it easily integrates with other apps. Unlike iOS app development, you have a lot of creative freedom in the design of the user interface. This is important not just for your own artistic muse, but because startups and even large enterprises are looking for ways to customize their interfaces to match the needs of their audiences. Once again, more options mean more opportunities.